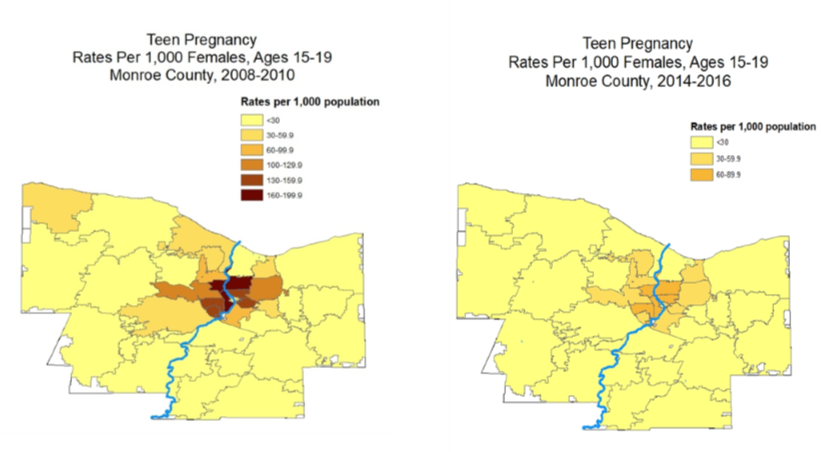 Teen pregnancy and childbearing can have significant social and economic consequences for adolescents, their children and the community. Teen parents obtain less education than their peers (Perper et al., 2010). Children of teen parents are more likely to have more health problems, lower school achievement, be incarcerated at some time during adolescence, give birth as a teenager, and face unemployment as a young adult (Hoffman, 2008).

During this time, significant resources were devoted to addressing this problem.  These included increasing access to reproductive health care (the LARC Initiative), the “Stay True to You” website that provides information on birth control options, and evidence based sexuality education in schools and community (Federally Funded Thrive Program and State funded CAPP Programs). Unfortunately, the Federally Funded Thrive Program will end in June of 2020.

Visit the RocHealthData map room to view these data interactively and layer related variables such as on-time graduation and the percent of female youth not employed and not in school by census tract.

Vital statistics data from a three-year period are used to create ZIP code based tables of commonly requested perinatal data. Tables for individual counties are provided.